On Hubris from the Northwestern Elite

A little late to the game on this one, but something called InsideNU posted a fun little statistical breakdown of the Gophers vis. Northwestern this afternoon. The author's application of Baylessian statistics was top notch, so I'll forgo any commentary on that. Rather, this is a short blurb in response to the tone from our Wildcat friends.


It's come to my attention that we have not yet reached the point in the season when Minnesota gets its reality check. Credit the Gophers, who have gone from dreadful to mediocre, for prolonging that point in the year, and credit the schedule makers who got them to 4-1.
But unfortunately for the Gophers, they're still, well, the Gophers.
Still the Gophers, eh? Ouch. My first response was to rage: how can someone from Northwestern say this? A team with a Wikipedia sub-heading of "Years of futility" capturing 22 years of their history? A team that went 47 years without a bowl appearance and 63 years without winning a bowl game? But I bit my tongue and, the intrepid fact finder that I am (though a pale shadow relative to the talents of Medill graduates), found the following set of facts: 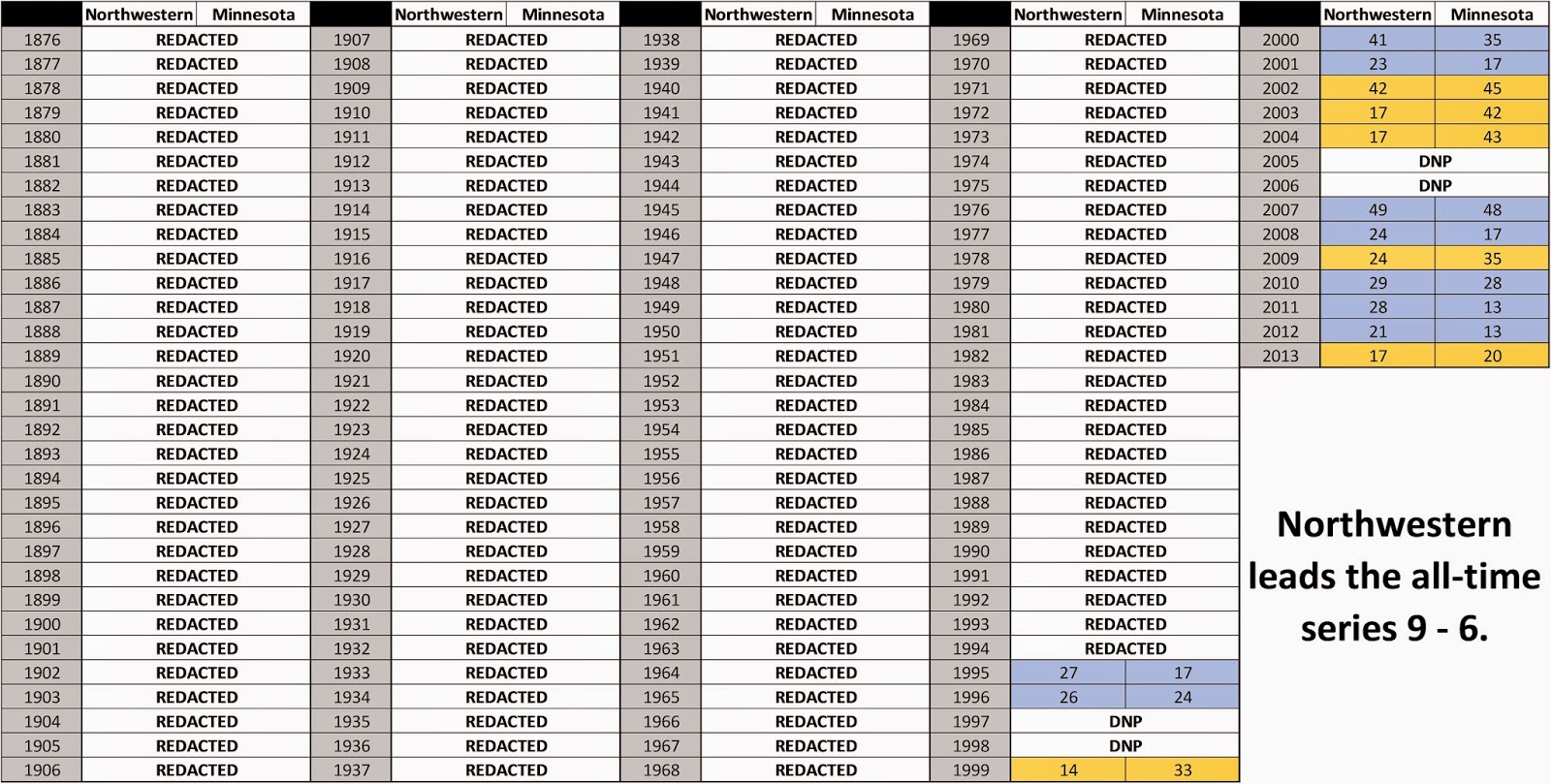 I, for one, bow down to our new Northwestern football overlords.
Posted by FrothyGopher at 7:43 PM