HTR is the daily feature where we pull the most recent tweets with the #Gophers hashtag and provide absolutely no additional insight.
@GopherSports1Gopher Sports
Notre Dame picks Dayne Crist as starter at quarterbacktinyurl.com/432j74s #minnesota #gophers
This is relevant for my NCAA’12 non-dynasty games, when I pit the Gophers against Touchdown Jesus. I can now set the lineups appropriately. Outside of that it has no bearing on anything. Hashtag abuse, kids. There should be a hotline for this ish.
@StribSportsStar Tribune Sports
New @RandBall blog: Unnamed Broncos official says former #Gophers QB Adam Weber better than Tim Tebow. strib.mn/pHbYc7#StribSports
Props to A-Web for apparently beating out Tim Christ. I wasn’t much of a fan of Johnny Skip Pass, but the poor bastard had a lot working against him here. it’d be rad if he could get himself on the Broncos’ practice squad this year.
@GopherAthleticsMinnesota Gophers
In 1955, the #Gophers shocked ranked #USC in a big upset. Can they do it again in 10 days?youtu.be/RIpaYXlJdQs #CountdowntoUSC
Love the optimism here. I remember last year for the OSU game, they handed out those ‘A test against the best’ buttons as we walked into the stadium. I suspect the optimism in this tweet will be as futile as it was with the buttons. HOPE!
@LoyalBig10FansBig Ten News
Police take evidence from LSU QB Jordan Jefferson's apartment in connection with bar fight: ...bit.ly/nlLeqn #gophers #minnesota
Searching his dee-luxe apartment in the sky? Hope they don’t take Jordan’s piece of the pie. More hashtag abuse. This has as much to do with the Gophers as the imminent collapse of gold and AAPL prices.
@pmassmannPaul Massmann
Clearly the Twins have given up. Time to turn my focus to the #Gophers football season! Can't wait!!
Nice work, Paul. You stuck with them two months longer than I did. Hopefully you and I will show more perseverance with the Gophers this year when they inevitably hit a few bumps in the road.
Posted by FrothyGopher at 1:25 AM No comments: 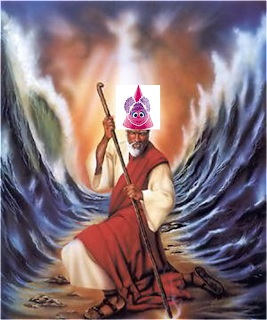 (No irreverence intended here, but the allegory is just too sweet to pass up. Plus that pic is BA. I'd like to see the team's other Moses, the Tossin' Tongan, wield a staff like that. I bet that thing attacks at 2d4.)

Happy birthday, Coach KILL. Your arrival after the plagues of Brewster and Cosgrove and dedication to lead us out of the CFB desert after 44 years of penury are appreciated by all lovers of maroon and gold.
Posted by FrothyGopher at 4:18 PM 5 comments:

So, I guess we’re supposed to do something every day to keep readers engaged. Who knew? Anyway, here’s the first installment of the Hunjover Twitterverse Recap, summarizing the last five tweets from whenever we put this together that have a Gophers hashtag. It’s the least we can do, so we’re doing it.
@1500ESPN1500 ESPN TwinCities
Jerry Kill defends MarQueis Gray's accuracy: 'He is in the grind days' #Gophers (via the 1500 ESPN SportsWire)1500espn.com/sportswire/Jer…
Oh, we’re not actually reading any of the links, so don’t expect more than a cursory recap. Looks like KILL is trying to calm the fears that Gray has a baby arm. And an inaccurate one at that.
@DerrtyGopher12Dustin B
University of Minnesota marching band welcomes in the new rookies tomorrow! #prideofminnesota #gophers @TheUMMB. Proud to be an alum.
Fellow teamMNdrunj member letting us know the band is getting back together. Hopefully there will be no Badger-styled hazing. If I had ever belonged to anything, I’d pimp it like mad too.
@Platypus_92Jose
#Gophers #Creepersoccermoms #FBannoyances #Swoop #Bushes #Obsessedbf #patience #friends
This John Nash-like collection of hashtags makes my face hurt. We wish Jose well.
@LoyalBig10FansBig Ten News
New U President Eric Kaler: Q & A: Minneapolis Star-Tribune » The University of Minnesota's ...bit.ly/q0RYCs #gophers #minnesota
Prexy K giving interviews, apparently. All the while, not firing BADger Joel Macturi. Copyright, Wren.
@notch17Will
That's some funny shit. Learn that your one year w/the #Gophers? RT @KrisHumphries: "@scottdisick follow me back or I will kidnap Mason lol"
Someone responding with something to Kris Kardashian going on about something. Kidnapping or something. #gophers
Posted by FrothyGopher at 10:00 AM 1 comment:


So, believe it or not, we have lady friends. Like, actual women that want to be with us without charging a fee. They have taken to calling themselves "Gopher Widows" due to our commitment to Gopher football.  In our opinion, they have it pretty easy. It's not like we're Nebraska fans. We don't travel to every single game and treat each one like it was the Super Bowl (but it's badass that they do). As our first joint post, we'd like to illustrate how they don’t have it so rough. Here's a list of ten reasons why being a Gopher Widow is preferable to most other teams. May they never, ever read it.

Where Are They Now According To Google? Tutu Atwell

This is the first of a series on former Gopher athletes and what they're up to now based on approximately 7 minutes of internet research.

Tutu was a favorite of mine. Which led me to start the WATNATG series. So, without further ado, let's see what he's up to.

Right off the bat we get a few pieces of juicy information.  According to LostLettermen.com, Tutu's full name is Chatarius "Tutu" Atwell.  Chatarius is such a bad ass name that it looks like Tutu named his son Chatarius Atwell Jr.  But wait, what's this?  LostLettermen indicates Tutu's son is named "Chartarius".  Now I'm lost.  I don't know a lot of Chatarii, so I can't tell if the "r" should be there or not.  After googling both Chatarius and Chartarius I come to the conclusion that there is no bonus "r".  Phew - mystery solved!  Anyway, according to LL.com, his son plays football and runs track like a god-damned deer.

Tutu had a cup of coffee with the Detroit Lions in 1998, but since the Lions are known for making horrible personnel decisions, they cut him loose.

Tutu has a player page on ESPN saying he was a member of the Colts.  It's completely devoid of information.  Weird.

Other than that, it appears Tutu has disappeared off the face of the earth.  Hopefully the guy is ok.  Tutu, holla at your boy!

So, this is the post where we talk a little about ourselves and why we’ve decided to write this blog. To hell with that. Here’s what you need to know: we’re a couple of drunks who support Gopher sports. And by that, I mean football and basketball. No disrespect to the other sports, but they occasionally win shit. This site is about needing to find solace in a bottle of bourbon due to the perpetual shortcomings of 18-23 year-old dudes. Is that diseased? Yeah, but there’s no cure for this shit.
Anyway, here’s what you can expect from us until we get bored and go back to the interpr0ns:
So, that’s it for introductions.  Hope springs eternal here. Expect lots of happiness if the Gophers win and suicidal tendencies, at least from me, if the Gophers lose. Just remember: it’s a great start to the football season when I’ll need a sobercab to take me to a meaningless football scrimmage tomorrow morning.

Pump  ya fist!
Posted by FrothyGopher at 1:18 AM 3 comments: