This is a post-bowl update to Part 1 in a series evaluating where Minnesota is at in Year 3 of the Fleck era. If you haven’t read that already, maybe go do it. Or don’t. I’m not your supervisor.

We took the Christmas decorations down at our house this past weekend, and I hate how bare and dark the house it looks now. It’s a feeling I’ve had since I was a kid; my family has always gone all-out with Christmas decorations, and I’ve always felt joy with their arrival and emptiness with their departure. The feeling is similar to the end of college football season. Anticipation, excitement, now the void.


Yet with the empty house is kind of a new beginning. It forces you to vacuum the spots you haven’t look at in months, face the walls that you should really re-paint this year. Maybe it’s finally time to buy matching chairs for the living room. So too with college football; the coaching carousel is in full swing, the transfer portal is open, and even for Rutgers, hope springs eternal for the next year.

We now know definitively that the 2019 Gopher football season was the best season Minnesota fans have witnessed since 1961, and I enjoyed the hell out of it. Now we spend the next eight months dusting out the cobwebs and dreaming about what gifts will be under the tree this fall. But before jumping into that I wanted to update the previous post I made in December when all the lights were still on. Where are the 2017 coaching hires sitting now that we’re wholly focused on 2020?

Matt Rhule is moving on to the Carolina Panthers so next season that will remove one of our data points. For now the impact on Baylor can’t really be measured and their recruiting is holding while we all wait for Justin Fuente to make the move to Waco, opening the long-awaited door for Jerry Kill to get the band back together at Virginia Tech just when Tracy Claeys, Jay Sawvel, and Matt Limegrover all find themselves fortuitously unemployed. Hope for the Hokie’s sake there’s no tennis ball budget.
*Editor's note: This post was composed mere hours prior to Gary Patterson decided he wanted to hire a staff that could convert a Fullback into a barely passable Quarterback.

How Do You Measure a Coach?
Three ways: Recruiting, On-Field Performance, and Wins. Also by weight but that’s not important here.

Recruiting
There has been some minor movement since early December; Minnesota moved ever-so-slightly down, Texas a little bit up, the others remained the same. Baylor is ripe for decommitments depending on the hiring there. Purdue, the Mac of the “It’s Always Sunny In the #B1G West” gang are flexing their glamour muscles but lack the core strength to scale the walls of Lucas Oil Stadium. 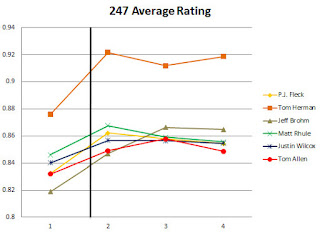 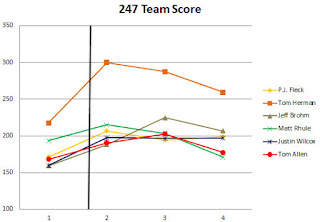 Offensive/Defensive Production
The source for this data is still sportsreference.com. Bowl season resulted in some mostly-small shifts save for two: Baylor’s total offense dropped from 15 all the way to 27 thanks to a pair of poor performances in the Big XII Title game and the Sugar Bowl once they were forced to play tough teams, and Minnesota’s total offense moved up from 25 to 22 on the backs of Tyler Johnson, Mo Ibrahim, Tanner Morgan, and the Offensive Line in the Outback Bowl. The combination of Baylor’s fall and Minnesota’s rise makes the Gopher performance this season look even more impressive by comparison. 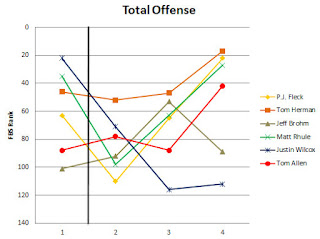 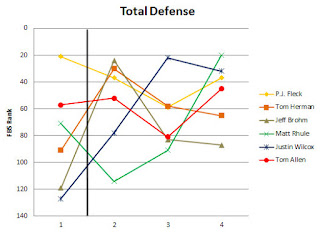 Just Win, Baby
Here’s the fun part: Minnesota now leads the pack in the all-important statistic of “winning” with an overall 85% in 2019-2020. Granted Baylor’s 8-2 Big XII record bests Minnesota’s 7-2, but with Matt Rhule gone all bets are off on the sustainability of that trend.

Our 2017 hires were a collective 3-2 in bowl games this year, and of those, Minnesota’s Outback Bowl victory vs. Auburn was the most impressive, closely followed by Texas exposing Utah in the Alamo Bowl, and Cal brings up the rear with a grinding win over the Fighting Illini in the Redbox Bowl. Baylor was beaten soundly by Georgia in the Sugar Bowl and Indiana lost in utterly heartbreaking fashion against Tennessee in the Gator Bowl. Hoosier fans can’t be feeling great about some of the coaching decisions made in that game.

This leaves us with three clear performance tiers: Minnesota and Baylor at the top, Texas, Indiana, and Cal tied in the middle, and Purdue at the bottom. When it comes to on-field performance, P.J. Fleck and his staff are measuring up against his 2017 colleagues pretty damn well. 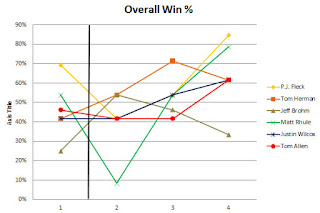 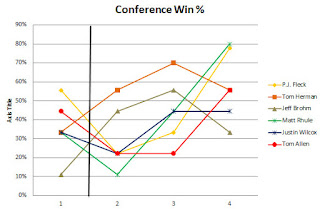 Creating Separation
The overall theme is that P.J. Fleck and Minnesota are starting to create some separation with their mid-tier peers. This is reflected in the end-of-season AP Poll where Minnesota is ranked #10, Baylor #13, and Texas #25. The only other team coached by this comparative group to be in an end-of-season AP Poll was 2018 Texas which was ranked #9 at season’s end.

The off-season sucks but with these trends to look forward to, it’s going to fly by. Hopefully we’ll be adding some more strings of lights to the tree when we pull the decorations out of the basement this fall.
Posted by biffthetick at 7:00 AM