Why We Hate, Part 1: A Brief History of Wisconsin Football 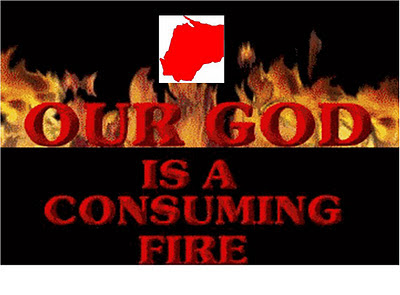 'Sup, y'all? So, we didn't get too into Hate Week for the Iowa game on account of the festering wound that had been the season up until that point. Our swagger was gone and, if our hurt pride had manifested itself physically as an open sore, it would have been ejecting a cheesy discharge, fasho. But, now that we've dispatched with the Wall Drug of college football and played competitively against #15 Michigan State in East Lansing, we're ready to commence with Hate Week - Eastern Edition: DIAF Wisconsin.

Some Chinese philosopher once said something about the importance of knowing your opponent so you can beat him, or something. So, before we dive headfirst into the true Hate Week activities, here is a very brief history of DIAF Wisconsin.

For the entire history of their football program, the Badgers have been in the upper echelon of the B1G. Beginning with a 10-1-1 record in their inaugural season, one in which they beat UCLA in the Rose Bowl, DIAF Wisconsin has been an annual contender for the B1G championship. Compiling a remarkable .691 winning percentage in their 18-year history, they rank ninth overall in all-time win percentage according to Stassen. Despite their success, they have yet to record an official national championship; though this can be better understood when recognizing DIAF Wisconsin is the newest BCS-conference team by a significant margin.

Their dominance in the B1G is reflected in their record against our Gophers, as the Badgers hold a 14-4 lifetime record against our beloved rodents. Please click on the attached Excel sheet below for a year-by-year breakdown of the Gopher/Badger meetings.

For Gopher supporters, it is difficult to comprehend the success of such a young program. We have wandered in the desert for 50 years, cycling through one imbecile coach after another, while this upstart team to our east finds paydirt with their first coaching hire, in the great Barry Alverez. We are left to do little but hope: hope that we can enjoy the 18-year run of success seen from this adolescent and hope we can muster the strength to derail them from their destiny of this year's national championship
Posted by FrothyGopher at 8:48 PM