So, Swan tells me tomorrow is National Signing Day as he's on the upswing on the roller-coaster of Gopher fandom.  A lot of high school footballers have already committed, but tomorrow is the day where those that have been staying mum in order to have their LOOK AT ME moment can do so on national TV.  The rest of the poor schlubs that already committed will sign their binding letter of intent as well.

The knobs at ESPN will be covering it like so:


Many of the nation's top prospects, including Mario Edwards, No. 1 in the ESPNU 150, Dorial Green-Beckham (No. 3), Andrus Peat (No. 9) and Eddie Goldman (No. 10), will make their decisions on ESPNU. There will also be reporters stationed at campuses across the country and former Miami coach Randy Shannon will join analysts Tom Luginbill, Craig Haubert, Corey Long, Jamie Newberg and Mark Schlabach to break it all down.

There is one Minnesotan on the coveted ESPNU 150 list and guess what?  The Gophers got him.  His name is freaking Isaac Hayes too!  He's a guard and ranked #112 on their list.  In fact, of ESPN's top 10 players from Minnesota, the Gophers landed 6 of them; with one undecided.  Is this an unprecedented level of in-state recruiting?  I have no clue.  I laugh in the face of hard-hitting journalism like researching top in state recruiting classes.

Since I'm an ESPN Insider (impressive, right?) I thought I'd share some info on some of the Gopher recruits and maybe search the youtubes for videos to critique in my amateur (read: incorrect) way.  Also, I know Rivals and other resources have other rankings and all they tend to prove is that no one agrees on (knows) anything.  I'm using ESPN because it's readily available and is maybe something everyone doesn't have access to  I'd love to see if anyone goes back and tracks if any service has more accuracy than another though.  Chances are they each have their moment. 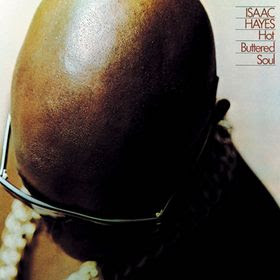 ESPN's ranks him the #9 OG and gives him an 80 out of 100 (4 stars).  His album, Hot Buttered Soul, was ranked #90 on FastnFabulous.com's list of greatest soul albums.  ESPN's scouting report basically says he's a stud. He can run-block, pass-block, get to the second level by pulling or trapping and he's tough/strong.

Demonstrates quick set ability; can bend and slide his feet, showing very good balance and explosion when delivering the initial punch; uses his hands effectively, working to stay inside with good extension. Displays the athleticism to pull and get out in front on bootleg plays. We like his aggressive finishing attitude; it's what we look for when evaluating offensive linemen.

Check out this highlight film of him killing people.  His strength just overpowers most of them, sometimes caving the whole defensive line in.  Even more impressive is to see him get out in space and swat these guys to the ground like flies.

The Gophers have received commits from two 80 grades, 4-star wide receivers in Harbison and McDonald.  Reading through the recruiting info, they are two very different types of receivers though.  Harbison is a powerful, quick player that might be your prototypical slot player making plays over the middle. In the video below, he returns kicks, breaks tackles, makes long catches and generally looks awesome.


[Harbison] is very quick given his size, shows good burst off the line and has the ability to be a factor in all three phases of the passing game. Displays a great combination of reliable hands and the speed to turn any reception into a touchdown. -ESPN (video)

McDonald is a big, strong player with great hands but does not possess crisp route running or break-away speed.  McDonald returns some punts in his video below, but doesn't show the burst that Harbison does.  He looks huge out there though and definitely uses his body to get in front of defenders to make the catch.


[McDonald] is tough and will go after the ball in traffic and isn't afraid to go over the middle. He is at his best in one-on-one match-ups on the jump ball as well as on underneath routes where he can use his frame to shield the ball for the defender. -ESPN (video)

The weenies at ESPN give Pirsig a 79, thus making him a 3 star dude instead of a 4 star.  The ESPN scouting report describes him as a "dominant run blocker" and "has the size and athleticism for the offensive tackle position" and finally, "this is not a clumsy football player".  They further go on to indicate he needs more explosion (don't we all) and could work on lowering his pad level.  He's 6'8", his pads are going to be high; give him a break.  Pirsig does seem kind of polar bear shaped; with his upper body being longer than his legs.  This worries me a bit because in watching the following it seems he just flops over at times like a weeble-wobble. I'm sure Kill and friends will fix that and turn him into Walter Jones. (video)

Here are some quick comments on the rest of the recruits, with the JUCO transfers listed at the bottom.


Mitchell Leidner            #110 QB          Lakeville, MN  6'4''      220
ESPN: "deceptively good athlete", "buys time with feet", "adequate deep ball", and "heady".   Leidner is also a 74 from ESPN like Nelson and Rodrick.  Watching him on tape, it looks like his down-field passes vary in accuracy and he sometimes throws the lollipop that would not work in the Big Ten.  He does have the zip on intermediate throws and he's definitely a tough runner, although he might get KTFO if he runs like that in CFB.


Alex Keith        #192 DE          , MO 6'3''      220
ESPN: "active", "frame that can support more mass", "good motor and hustles" and "displays rigidness".  Active in the ESPN vernacular is akin to the dreaded participation ribbon I think.  Keith has by far the best production value in his youtube clip I've seen so far.  We need to get that guy working on the blog.  From the vid, it appears he has an uncanny ability to get up in the air and bat passes down.  He's also blocked a number of kicks.  He does look like he needs to add size, but he impresses me a bit even if it seems like he's a bit of a one trick pony with the outside-rush-then-jump move.  Also nice to see some special teams coverage hits in there.  I bet Kill & Co. liked that. 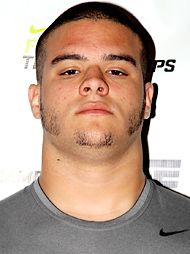