My #NoGophers silence is officially broken with this blog post. It was nice not thinking about them this week after they were trampled by the Bison. Rather than get into a long post about how awesome the Wolverines are I thought I'd come up with a list of things I'm looking for from this game: 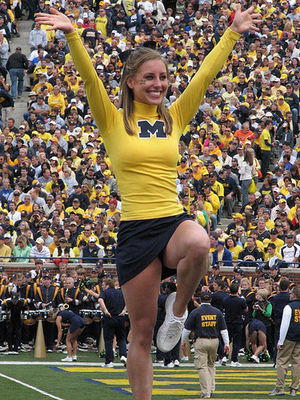 Zombie Bronko Rating:  This is a 4 ZB opponent. They're really good; a lot of that has to do with Denard running the show.  Four Zombie Bronko Nagurskis would shred this team apart and infect half of the Big House before it was all said and done. Ann Arbor is a whore.