The Most Delicious of them All

Everyone does power polls these days. Some, like Jaundice Tooth Dienhard over at BTN use nothing more than history and a cursory look at a box score to set them while others, such as ESPN use FPI (Fapping Projectile Incident) to ‘mathematically’ determine the quality of the respective teams. It’s a crowded field and we at Still Got Hope don’t have much interest in swimming with the sharks. We look for fresh, clean ocean to don the water wings and float until dehydration from salt water consumption takes our minds and our lives.

Today, we introduce a poll that, barring new entrants into the B1G, will probably never change. We know you’ve wondered about this for a long time and now it is time for the reveal and discussion. Yes, friends, which mascot, given our druthers, would we prefer to consume for dinner tonight. The tastiest mascot in the conference.

Note: We’ve eliminated the human mascots from the list because, well, people are still all over the Donner Party for eating each other and that’s not how we want to be remembered. So Herbie Husker, Sparty, Rutgers Sparty, Hoosiers and the Illini dude are all out of the running. Maybe a comet strike will happen soon, plant life and livestock will die off and we can work you back in for a future piece.

1. Testudo: Can honestly say we’ve never had terrapin before, so this is more of a testament to the rest of the list than one of quality. Nevertheless, Testudo was apparently considered a delicacy in the 19th Century and they were fancy as fuck back then. Additionally, he comes with his own pot to cook him in and Old Bay brand seasoning will make anything taste great! Finally, terrapins were on the cusp of extinction for a long while and anything that’s that close to losing its existence has got to have mad flavor.

2.    Herky: There was intense debate around this one as we weren’t really sure what we were referring to. Herky is a hawk, but might we also need to consider we’re only eating the hawk’s eye? We went with the former, because blech, eyeball. We’ve never eaten raptor before, but assume Herky is like a really sinewy chicken; but chicken is good, so he wins the second spot. Finally, Herky comes from Iowa and requires no seasoning, as everything there is already so damned salty. 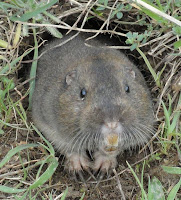 3.  Goldy: Our own beloved rodent comes in at three, even though we’re not sure whether he’s a gopher or a thirteen-striped ground squirrel. Regardless, he’d be delectable on a spit over a fire on one of
those survival shows where you’re naked and starving for six weeks. Hats off to thee, Goldy!

4. Purdue Pete: A surprising addition to our list, the maker of boilers is a fine main course, provided he is cooked under the right conditions. Working the hammer all day makes his foreshank particularly tender and ideal at a slow cook of 225 degrees for two hours per pound. Obviously, shuck the plastic head prior to cooking as it will greatly reduce the flavor.

5. Brutus the Buckeye: A poisonous nut that will, at best, make you poo fire and at worst kill you. Cows grazing on new shoots of the tree have been known to die. Still better than the remainder of the list.

6.  Bucky: The hated badger. There was temptation to add Bucky to the list of exemptions as I’d rather eat humans. But we’ve decided to add him at six because it would be fun to kill and burn it, even if we didn’t eat it.

7.  Blue the Wolverine: He’s been dead for about 90 years, so is a little lacking in flavor at the moment, but apparently they used to bring him and another wolverine INTO THE STADIUM on game days. They were caged, but holy shit. Anyway, they became too vicious to be used as mascots and were retired to the zoo. As to taste, they’d probably rank higher if they didn’t rip your face off your skull. Something that angry has got to be tasty af.

8. Willy the Wildcat: My personal favorite mascot aside from Goldy, my guess is he’s not particularly flavorful. Wildcats eat rodents and bunnies and shit, which sits on the positive side of the ledger, but they’re cats and probably bony as hell. Dunno, love Willy, but I don’t think I’d make him a staple of my diet.

9. The Nittany Lion: Similar to Willy, I guess I’m biased against cats. They just don’t seem tasty. Plus The Nittany Lion – get a name bruh – apparently hasn’t changed his look since the 1950s. The moths eating it from the inside would be tastier and more nutritious than the lion itself.

So there you have it. This would make a good set of themes for each week of tailgating. Purdue Pete, particularly, would be good with eggs, a tortilla and a Jell-O shot.
Posted by FrothyGopher at 1:29 PM