Since we are biting off more than we can chew as usual, we've decided to combine the tight ends and wide receivers.  This is apropos because the best receiving target for Leidner is likely to be the starting tight end, Maxx Williams.

At the wide receiver position, sophomores Drew Wolitarsky and Donovahn Jones will likely start on the outside.  Both are 6'3", with Jones being the more dynamic athlete and Wolitarsky now at a whopping 226 pounds.  When the hell did that happen?  Woli seems to have talent at finding openings in the defense and being more of a possession type receiver, but at that size may just decapitate corners at the line to get open.  Jones was used in a number of ways (JET SWEEP) last year to take advantage of his playmaking ability.

RS Senior Isaac Freuchte is back and will likely play plenty.  He's a terrific blocker and a high effort guy, but had just 13 receptions last season.  KJ Maye has been pretty highly hyped again this off-season and will probably be used out of the slot.  He had just 7 receptions and 2 carries last season.

Depth includes RS Senior and back-flip-football-catcher-master Logan Hutton, RS freshman Eric Carter and freshmen Isiah Gentry and Melvin Holland Jr.  Let's face it, we seem to see a new wide receiver come out of the woodwork each year and make an impact and there's no reason to think this season will be any different.

As mentioned, Maxx Williams will be a leader among receivers after catching 25 balls and scoring 5 touchdowns as a true freshman.  His ability to go in the air and use his body to make the reception is outstanding.  He's also often open right over the middle because the attention the linebackers pay to the running game.

There is quite a bit of depth at the tight end position behind Williams.  Senior Drew Goodger has had a solid career at Minnesota and will again be in on two TE sets.  He has 22 career receptions and 4 TDs.  Junior Lincoln Plsek is another big TE that can block and catch the ball a little.  Speaking of big, 6' 10", 265 pound Nate Wozniak has also created some press this off-season and is a massive mismatch.  You won't miss him when he takes the field.

The position is strong enough where two incoming freshmen, Gaelin Elmore and Jerry Gibson, are playing at DL and WR respectively.  Freshman Brandon Lingen remains at the position and is more of a blocking tight end.

Utecht was a tight end that did a little bit of everything for the Gophers, including a little punting.  Over four seasons he amassed 82 receptions for 1201 yards and 15 TDs.  He went undrafted, but ended up playing with both the Colts and the Bengals.  He was a starting tight end alongside Peyton Manning during their 2006 Superbowl run.  Unfortunately, concussions cut his NFL career short.

Today Utecht is a renaissance man.  He's a Christian musician, an actor, a writer, a public speaker and he could probably change the oil on your Saturn if need be.  I encourage to check out his website, holy smokes.

This group is solid enough, especially with the tight ends included to deserve a B.  A lot of players had to learn on the job last year and now they can take the next step in 2014.  However, this is primarily a running football team, so we'll need to see if the passing games is allowed to develop a little more this year.

If Still Got Hope has a friend of the site, it's Tutu Atwell. People search for him on Google and end up at our site. Oh, you thinking I'm kidding? 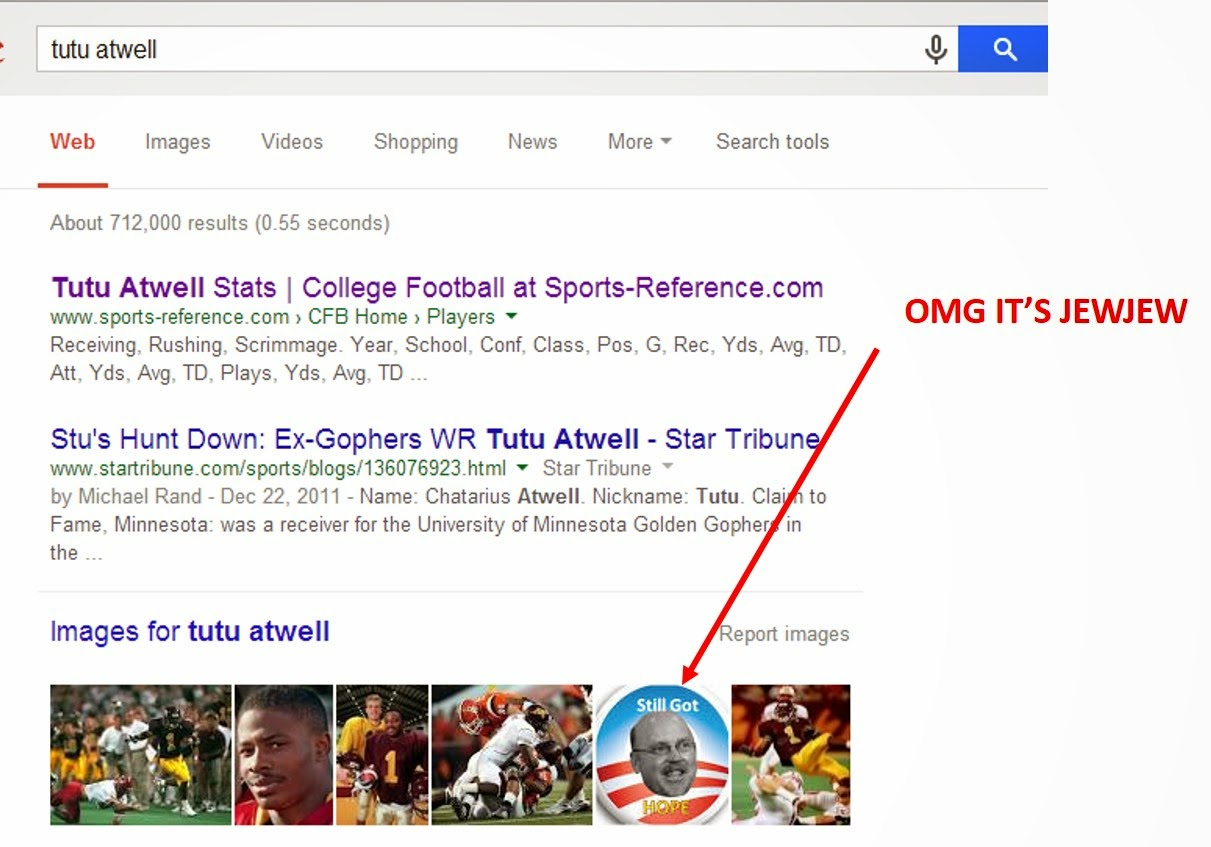 Yes, we appear. Our small, insignificant site with a dozen readers has moved the Google needle. We matter. Thank you Tutu, for making us relevant.

Also, the search results show us that Strib columnist Michael Rand co-opted TRE's WATNATG feature
on Atwell. If you're going to steal shtick, wait more than three months to do it, Brosef Stalin.

There's a lot of potential here, certainly more than in past seasons; but it's difficult to go much higher than this until we've seen more. The argument could be made that Maxx alone brings the grade up to a B and there's probably some merit to that. However, the wide receivers have been something of a sucking chest wound the last few seasons. Even when a player does emerge, like A.J. Barker and Derrick Engel, they go all rambling manifesto or get injured, respectively.

Our three best performers last year, Maxx, D. Jones and Woli, were freshmen, so all signs point to a unit with tremendous upside. But potential energy don't get the bourbon in the glass, yo; you need that kinetic ish. The ability for this unit to gel with Leidner and exceed expectations is the difference between a six-win season and a nine-win season. I'm guardedly optimistic some of that potential will be realized. But I want to see it in action before I set my expectations too high.