A Brief History of Kirk Ferentz: President of B1G Coaches

As the longest-tenured currently-serving head coach in the Big Ten, we at Still Got Hope thought you'd appreciate a quick primer on Kirk Ferentz: who he is and how he came to be Iwoa's head football coach for the last 18 seasons. Our Gopher coaches never last that long, after all, so it was with wistful hearts that our crack research team put together this biopic.

In essence, we wanted to understand how he'd managed to eke out such a successful career at a place as difficult to win as Minnesota. Much of it was what you'd expect - a good football mind, tenacity, a willingness to punt regardless of down, distance and field position - but we found other parts of his journey with the Hawkeyes surprising.

Without further ado, our #Hateweek special, an ode to Kirk Ferentz, President of B1G Coaches for life.

"If you want to steal, steal a little in a nice way. But if you steal too much to become rich overnight, you'll be caught."

Kirk Ferentz began his coaching career as a wet-behind-the ears 22-year old graduate assistant at the University of Connecticut in 1977. After a few years bouncing around coaching, teaching and selling fleshlights, he landed on Hayden Fry's staff at the University of Iwoa as the offensive line coach. It was here where he enjoyed the first sustained success of his career, coaching many All-B1G offensive linemen, including several that went on to successful careers in auto sales and the NFL.

After, like, eight incandescent years at Iwoa, young Kirk decided to try his hand as head coach, moving to the University of Maine in 1990. His tenure there could best be described as Chernobyl-esque, going 12-21 in three seasons, after which, he warped out of existence only to return in new form as offensive line coach under Bill Belichick at Cleveland and New England.

After five years in THE LEAGUE, Ferentz was shockingly named Iwoa head coach following a coup d'etat in which former coach Hayden Fry was deposed and executed in a hog barn by a cabal led by a young Joni Ernst. Loyalists were rounded up and sent to forced labor camps to build millions of farm wind turbines. Seemingly out of nowhere, the Ferentz era had begun.

The Consolidation of Power

"I know my people. They like grandeur. They want us to have respect abroad in the eyes of other states."
- Kirk Ferentz

The first two years under Ferentz indicated his rule might be under threat. At a combined 4-19, opposition parties began to assemble themselves and posed many challenges. Through liberal use of patronage, Ferentz turned most of his partisan opponents into loyalists. Those over whom he could not win via money and favors, he eradicated, usually via public spectacle. Early in the 2000 season, three prominent message board posters and a Stoops brother were arrested on charges of complicity in an attempted coup, tried by a military tribunal and publicly executed at halftime of the annual game against Iowa State.

Iwoa fans were richly rewarded in his fourth year of rule, however, as he led the team to an 11-1 record, undefeated in B1G play. Though the Hawkeyes would eventually lose to USC in their first-ever BCS birth, Ferentz won acclaim from many and became the subject of lucrative arms proposals from both the U.S. and the Soviet Union.

The following years were not as successful, but he continued to consolidate his power through exile and execution of associate athletic directors, parking and transportation officials and a well-known moderator of the Iwoa Scout board. His rise to one-man rule of the state of Iwoa was complete when, in 2006, he was awarded a $2.6 million annual contract - making him the highest-paid coach in the B1G and third highest nationally - despite going 7-5 the year before.

"The chief is the chief. He is the eagle who flies high and cannot be touched by the spit of the toad."
- Kirk Ferentz

The Hawkeyes finished a disappointing 6-6 the following year, but none of that mattered anymore. His power had been consolidated and challengers to his rule had been publicly executed or forced into exile in Minneapolis, the only place they could find meaningful employment. He became the subject of a personality cult, with pictures of him adorning both public buildings and businesses. Further, at the start of every broadcast day, KCCI and WHOD were required to show a clip of Ferentz emerging from a fire and soaring into the heavens like a phoenix. 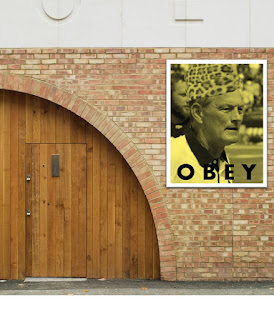 Ferentz's rule also earned a reputation as one of college football's foremost examples of nepotism. His son, Brian, was named offensive line coach in 2012 and offensive coordinator in 2017, despite suffering from NFLAIDS from his time with the Patriots. He led the most enduring dictatorial regime in the conference, nearly killing 13 players by poisoning them with muscle proteins to destroy their kidneys and prohibiting their use of social media.


Ferentz amassed a vast personal fortune during his tenure, estimated to be at approximately $35.2 billion, or roughly the GDP of the Democratic Republic of the Congo. He is currently making $4.5MM per year, or triple the annual output of the Iwoan economy.

Iowegians have pledged their loyalty to Ferentz through the 2026 season. Given the leverage he holds with absolute control of the media, secret police and a buyout clause that would bankrupt the Federal Reserve, the likelihood of any opposition arising seems low and constrained to the netherworld of fringe internet sites. Barring collapse of the world order, the image of the future of Iwoa is a Ferentzian boot, stamping on a human face - forever.
Posted by FrothyGopher at 11:41 AM