Also the six days later edition. I was in charge of it this week, while TRE was on the oxygen tank getting his breath back. A combination of epic drunjery and laziness made my first foray an epic fail. Enjoy my suckitude:

9.05 Meaty Beans cooking. Subwoofer in trouble. It may be a hip hop treble party. SFTG is packed. 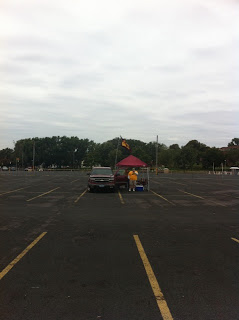 9.23 first other tailgaters showed up. Interest seems to gave waned in the program. Weird.

9.49 realized I forgot the goldschlager. Failure for life.

11.25 Jenga! It's way more fun when it's taller than the short players. 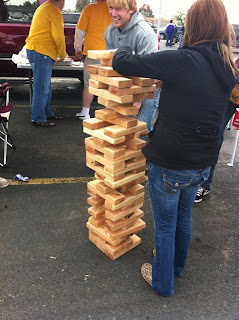 1.05 Penn St losing. To Temple. That may actually be happening or I could just be effing bombed.

4.31 Hawthorne has to make this

5.11 And Gray apparently overthrew him. Eff.

5.21 great catch by Harwell. Won't bet against him in teh future.

5.24 that is totally something that happens to the Gophs

5.42 and per the norm, the QB rushes for greatness.

5.50 if they score here, i'm diving off the roof of the stadium